I think things could have gone better and I could have had a more detailed speech set up and I could have more information. I also think that I did well on giving people a overall understanding of the spectacular features of the Great Wall of China. I really enjoyed this unit since I have really wanted to go to the Great Wall of China and learn more about it. I enjoyed using green screen because it was able to detect my face and body and even the chair and put into my background, to me it was just outstanding. 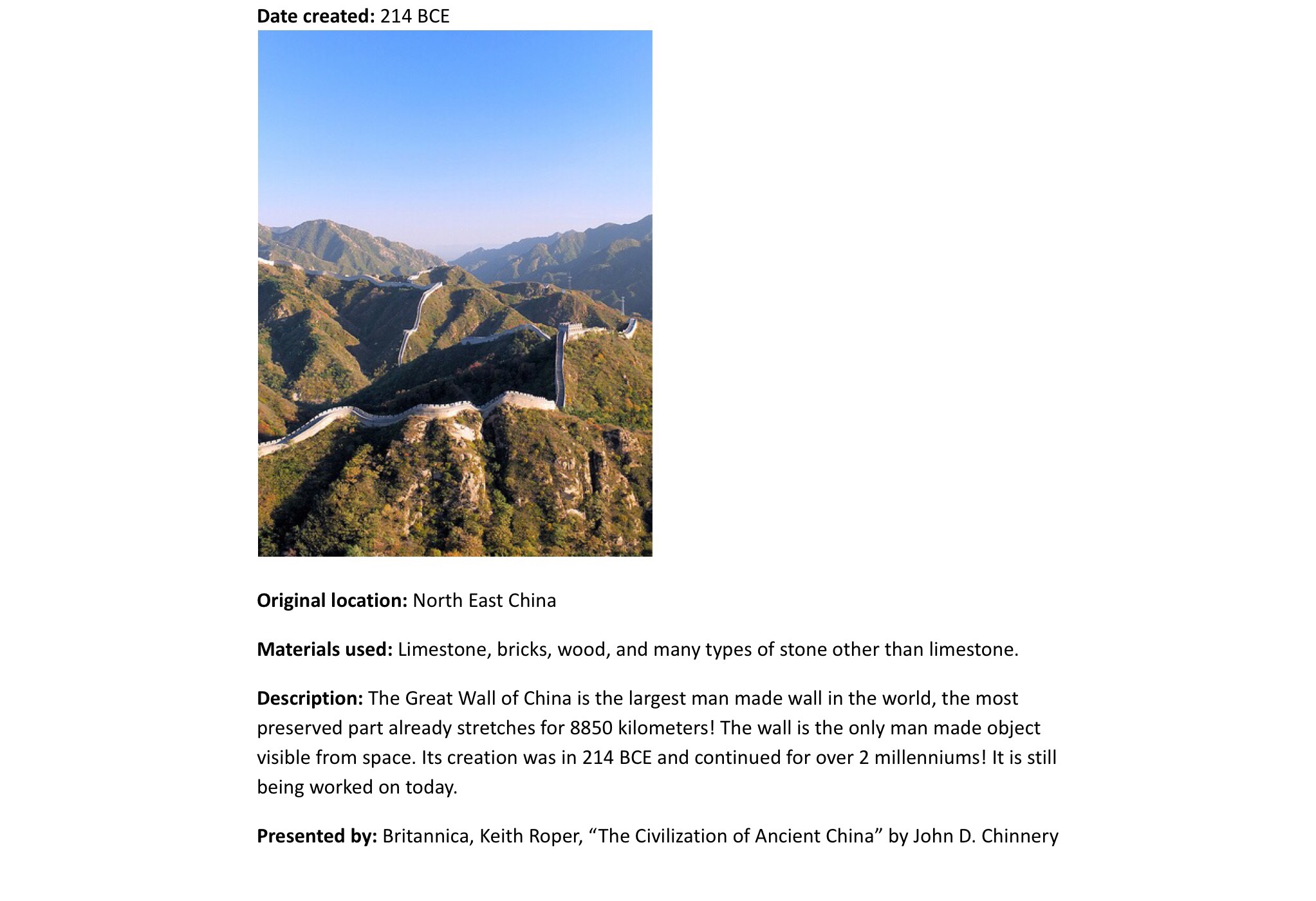 I think working with different people really helped in making good projects since everybody had a good idea, so it gave a group more different ideas each time they worked with different people.The Seven Cities of Delhi project was very interesting for me because I was getting completely new information. I got assigned firozabad and Siri, two cities I don’t think I have ever visited, this let me learn a lot about these two cities of Delhi.

The Kahoot project was a fun project allowing us to make Kahoot quizzes (I have never made one before). I was given Education in India, I had a basic idea of what to do and learned many things such as the fact that there are actually more uneducated people in India than Educated people. My favorite fact I learned was that The University of Calcutta is one of the oldest Universities in India which was established in 1857, this is my favorite fact because I am from West Bengal.

The Gandhi Project was a reflection about who Gandhi was. I also figured out I hadn’t learned a lot about Gandhi. This was the Hardest project for me because it required a lot of pre-preparation and a lot of re-recordings(We had to make a movie/documentary on Gandhi).

I think these projects taught us more about The Delhi area.

I think the Seven Cities Project helped many of us to get an overview of Delhi’s past and old Big Cities. I learned a lot about Siri and Firozabad.

Kahoot was sort of more of a way for me to learn from others. Everybody had so many different topics and questions. These questions helped me learn from getting them incorrect.

The outcome for the Gandhi project was getting to getting to know about Gandhi’s more unknown facts for me.

I liked that the trips had included many places in Delhi, and some places I have never been to Dilli Haat and also because I got to learn much more about some of the places I had already been to.

Old Delhi was a great connection for me and the Seven Cities project because we got to go into one of the seven cities called Shahjahanabad.

The trip to India gate and parliament wasn’t so exciting and I didn’t learn much because I had already been there 2-3 times with my dad.

The same with Gandhi Smriti, I had already been there one and got more information than in this trip.

I have never been to Dilli Haat and I found very interesting with a lot of creative items in it. However I didn’t purchase anything.

The metro ride was excellent to me because I felt like I was on the shoes of a daily commuter.

My favorite was the metro ride because I got the feeling of how an adult in Delhi would get to work and back every day. 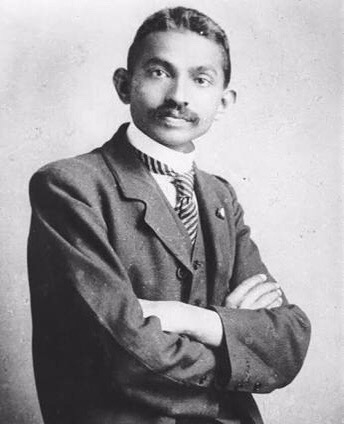 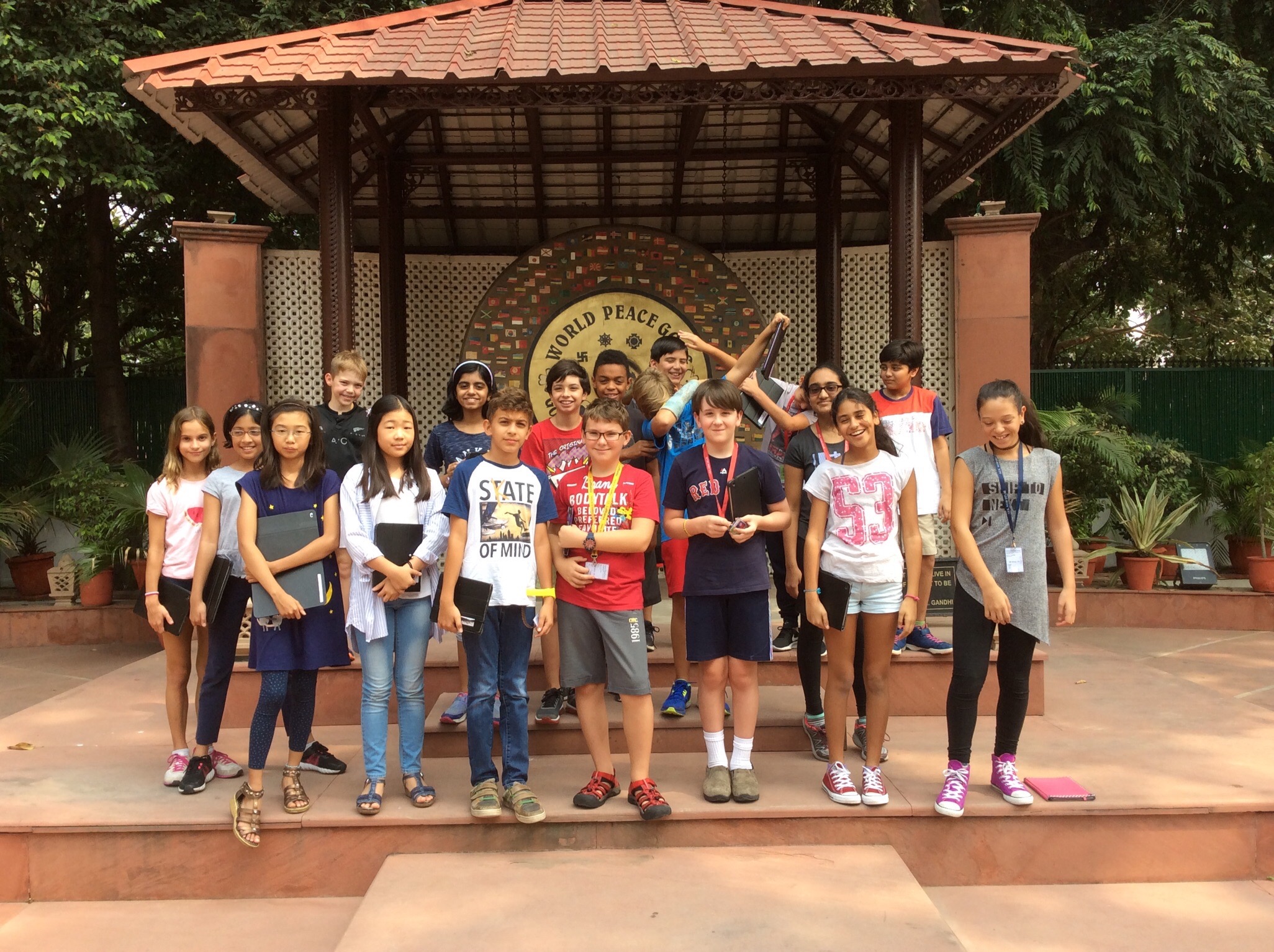 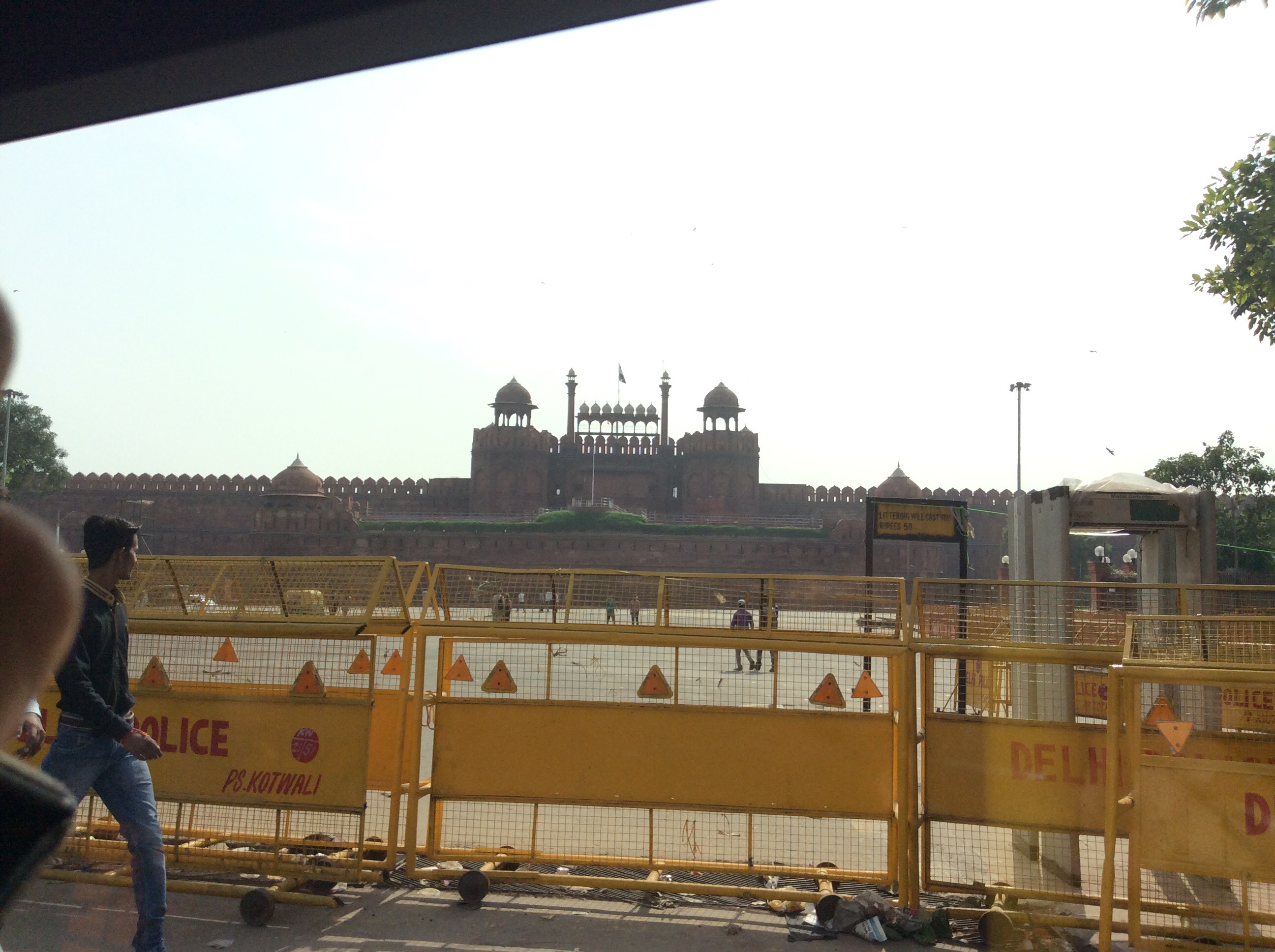 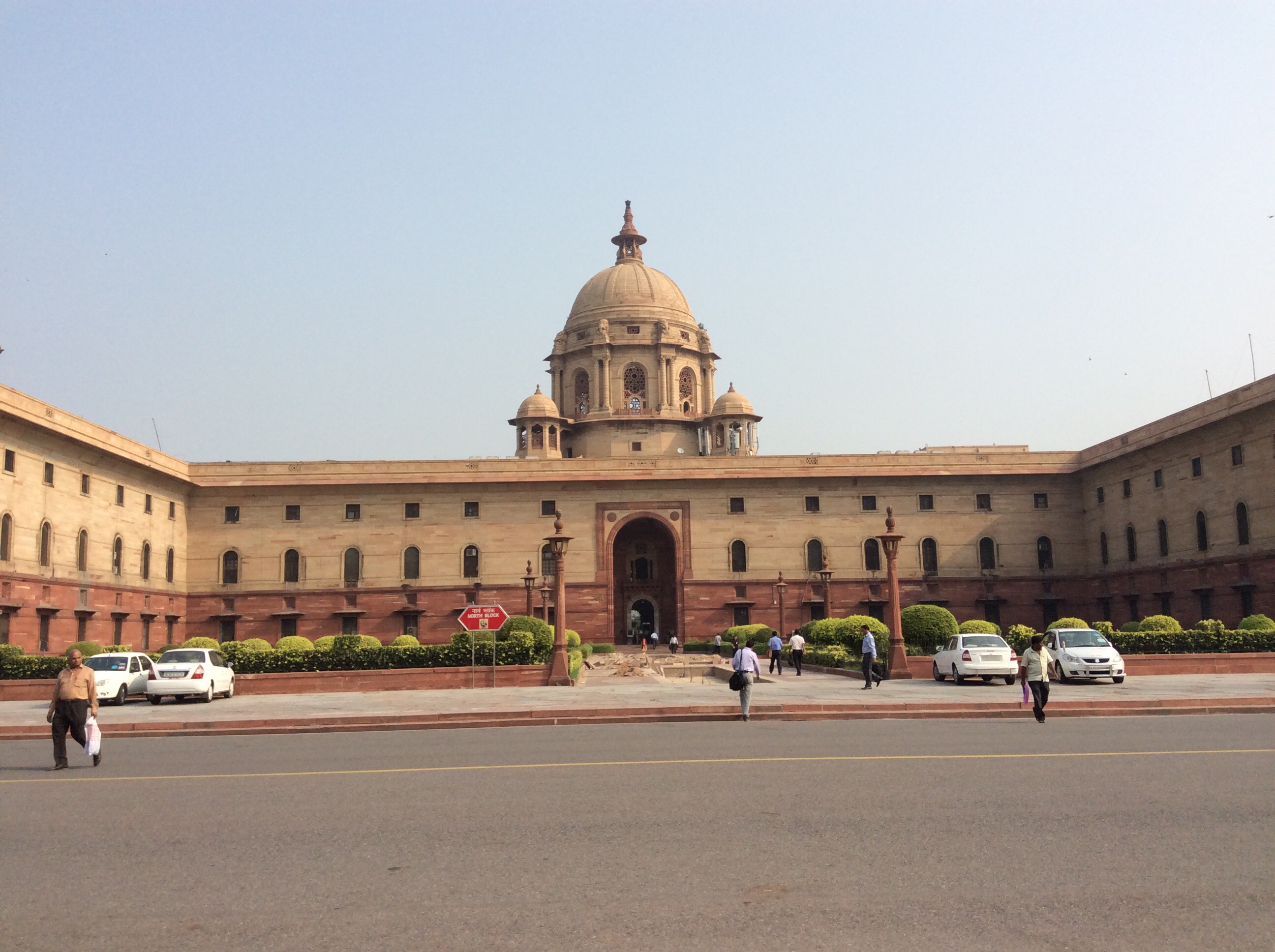 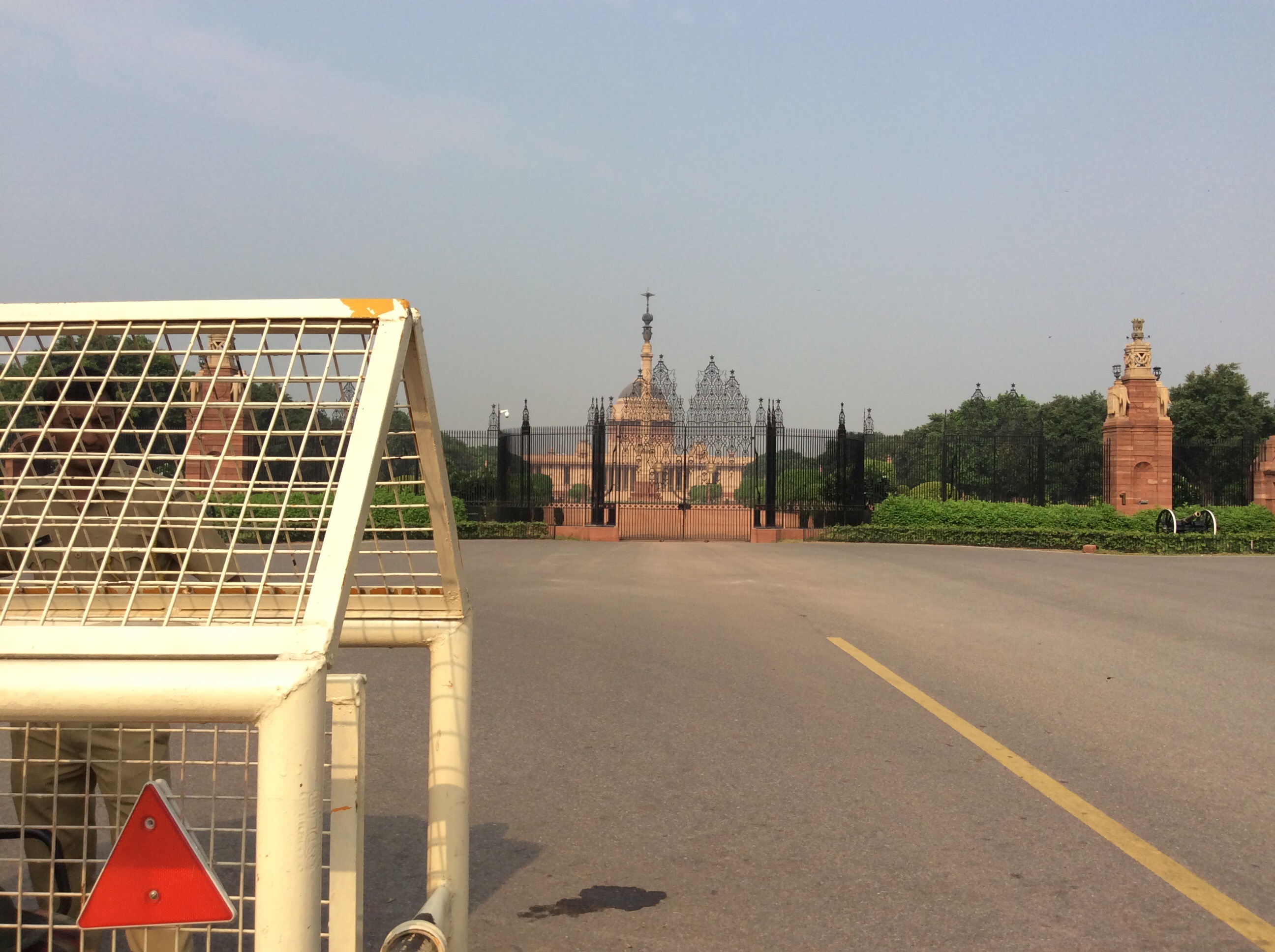 1. How is this exploratory helping you inunderstanding Delhi’s historical background, architecture, culture, and traditions followed? (Talk about the research you did for the slideshow on “Delhi and its Seven Cities”, and kahoot. Describe your experience about the two projects mentioned.)

This exploratory is helping me with Delhi’s historical background, architecture, culture, and traditions by going to the Gandhi Smirti to teach us traditions and cultures. The Parliament, India Gate, and Old Delhi helped us with historical background and architecture. My experience with the Seven Cities Project was very nice. In the Seven Cities project we researched information about 2 Cities we were assigned by Ms. Ahuja and made a slide show about it to share with the class. My experience with Kahoot was very fun. We made question about a certain topic Ms. Ahuja assigned us to about India and made questions about them in Google, Slides, after that we would make a quiz using an online website called Kahoot and share it with the class by having the participate in the quiz.

2. Express your views about the field trips taken so far. (Constructive feedback, like how did it help you with your learning).

I think the field trips taken so far were very good. I especially enjoyed old Delhi because there were a lot of monuments and interesting buildings. The place that helped me the most with learning was the Gandhi Smirti because we had a guide explaining new facts to us. I think that the parliament trip was also nice, describing the architecture.

3. Describe one exciting memory from class based on the projects or the trips attended. 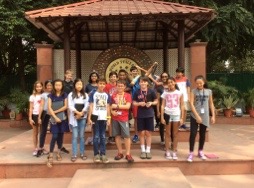 Hello, this is my first time writing a post in this blog in Middle School!

Made this last week.